back to our areas

Choosing to live in Lilliput will propel you into the heart of Poole's vibrant yachting community. Situated on the edge of Poole Harbour, Lilliput is home to several local sailing clubs: the Lilliput Sailing Club, adjacent to The Blue Lagoon on the northern shore; the East Dorset Sailing Club, the oldest sailing club in the harbour and Parkstone Yacht Club, a short walk towards Whitecliff in Turks Lane. Unifying all, the Sandbanks Boat Show in Salterns Marina, has become something of a highlight in the national yachting calendar, held in May each year. 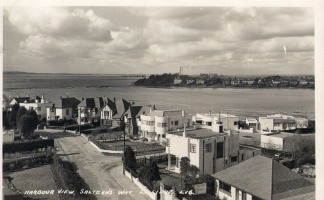 Lilliput was originally known as the Old Salterns and has an intriguing history, although Lilliputians were never locals as often expected! Commercial extraction of salt from the sea-water in the lagoon started in the 1730s. Later, Lilliput was home to the South West Pottery in the late 1800s, a major industrial complex producing bricks and pipes. The area by the harbour's edge became an industrial wharf and coal-yard and, in the early 1900’s, Salterns Ltd was established with a big industrial vision. Today, there would be no scenic Blue Lagoon or residential expansion had that vision been realised.

Village life centres around the white, 'liner style' parade of shops on Sandbanks Road. Offering a diverse range of supplies, one can find a watersports specialist, a florist, a wine specialist, a restaurant, the artisan Bakery Paul Bennett and a visiting mobile coffee van for early morning locals in search of caffeine. Soon to come is a Thai take-away. Lilliput First School, nearby Baden Powell school and an exemplary local medical surgery ensure long term family appeal. This makes the area ideal for families, active sports enthusiasts, second home owners and retirees.

Further round the harbour towards Sandbanks, Evening Hill promises some of the most spectacular sunsets across the harbour and The Evening Hill Conservation Area adds further natural interest for local residents. Lewis Manning Hospice, nearby on Crichel Mount Road, is well supported across the local community.

Lilliput developed rapidly after the First World War. Many of the original houses remain, defining the character of the area. Detached villas with strong Arts & Crafts influences co-exist with the Art Deco 'liner style' houses, like those found in the Salterns Marina area. 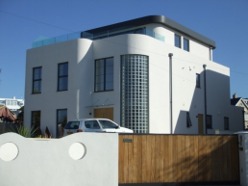 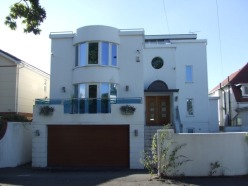 Lilliput’s bungalow population has largely now succumbed to redevelopment by way of flats or larger houses. It is true to say that Lilliput is becoming more intensely developed but the diverse architectural character is attractive and there is still a village feel prevalent. New England style houses, retirement homes, family homes and super-homes quietly co-exist today. Homes and plots along the waterfront are highly sought-after and, as such, attract premium values. Berkeleys sees the £1million plus market as very active in 2013, with 13 such homes sold. There were a total of 47 sales were registered as sold in the £200,000 - £1million sector during 2013. Rising prices this year will drive further competition for the best family homes according to Pippa Sole, Branch Partner at Berkeleys. Prices in 2013 were up 12% on 2012.

To view current properties for sale in Lilliput click here.